Get ready to sing the 1963 hit song Surfin’ Bird! Exuberant and full of life, it will put you in the mood to celebrate the 100th anniversary of one of the world’s most important treaties – the Migratory Bird Treaty Act.

Enacted between the United States/Canada and Great Britain in 1918, the Act, which now includes Mexico, Japan and Russia, makes it unlawful to pursue, hunt, take, capture, kill, or sell migratory birds.

At a time when many bird species were threatened by the commercial trade in birds and bird feathers, The MBTA was a landmark act and one of the first federal laws to focus on the environment.

The importance of this act, that’s done so much to protect migratory birds, is so great that the National Audubon Society, National Geographic and over 150 organizations jointly declared 2018 The Year of Bird.

David Yarnold, Audubon’s President and CEO, says, “No other law on the books helps protect birds as much as the MBTA. The Snowy Egret, Wood Duck, Tricolored Heron, White-winged Crossbill, and Audubon’s Shearwater have all been saved by the MBTA.” 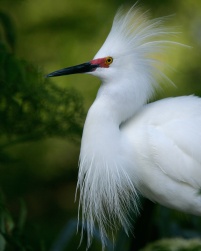 Yarnold notes that the Snowy Egret’s brilliant white feathers were in such demand by 19th and early 20th century hat makers to use in women’s hats that the bird was in danger of being hunted to extinction. 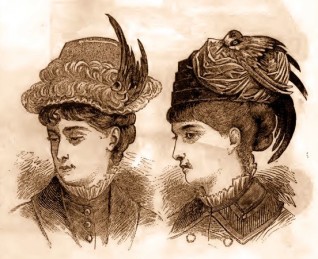 William Hornaday, Director of the New York Zoological Society, says, London at that time was “the Mecca of the feather killers of the world.” During a nine month period, London’s fashion market made use of the feathers from close to 130,000 egrets and tens of thousands of other birds.

Thanks to two women – Boston socialite Harriet Lawrence Hemenway and her cousin Minna Hall – the deadly bird trade would eventually come to an end after they invited their friends in Boston’s social register to a series of tea parties in 1896 and implored them to stop wearing hats with feathers. 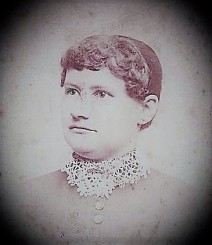 Along with this, they asked the women to join in an organization to protect egrets and other birds. Over 900 women agreed and this organization became the Massachusetts Audubon Society – one of the leading environmental groups that worked to bring about legislation to protect birds and ultimately the enactment of the Migratory Bird Trade Act.

SurfWriter Girls Sunny Magdaug and Patti Kishel are amazed by what Hemenway and Hall accomplished. During an era when women weren’t allowed to own property or vote they went against the fashion of the time and helped save millions of migratory birds from death and entire species from extinction. 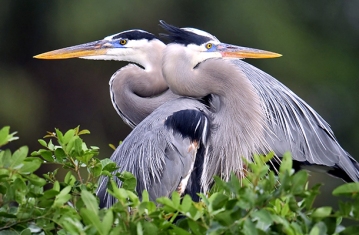 For that, we say, “Hats off!” to the two women from Boston!

Come Join in the centennial celebration! 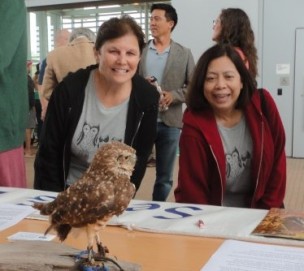