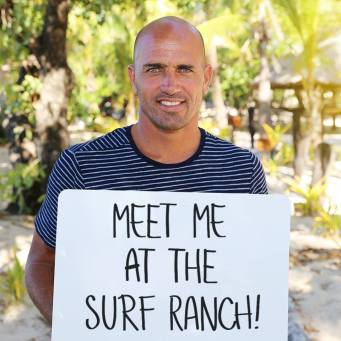 Since the earliest history explorers have searched for new lands – from Ponce de Leon’s quest for the Fountain of Youth to Columbus’ journeys across the Atlantic looking for a direct route to Asia.

Surfers around the world were on a similar quest to find Kelly Slater’s Wave – the man-made wave pool he created to generate perfect waves…no ocean required!

Keeping a tight lid on the whereabouts of his creation, Slater – the World Surf League Champion a record 11-times – unveiled his Wave to just a select group of elite surfers in a series of sneak peeks between 2015 and 2017, culminating in a secret surf contest held last September.

Top surfers from current US Open of Surfing Champ Kanoa Igarishi and three-time world surfing champ Mick Fanning to six-time world champ Stephanie Gilmore were all on board to test the waters.

And the general consensus of those lucky enough to score a ride on Slater’s Wave – Wow! Gilmore called her 30-second ride in the barrel “an experience I’ll never forget.”  Igarishi said, “The waves were as perfect as they come.”  Courtney Conlogue tweeted to her followers, “I just walked into the future.” 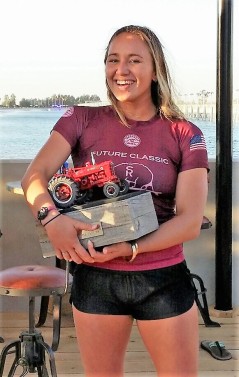 Excited by the reactions, Slater finally revealed to the surfing community the spot he’d chosen for his Wave – 20 acres in Lemoore, a farming town near Fresno, California, in the heart of the San Joaquin Valley – more than 100 miles from the beach!

Slater said, “I’ve been dreaming about this wave my whole life.” Created with the latest technology, it took ten years to make it happen. Slater worked with geophysical fluid dynamics specialist Adam Fincham and a team of engineers to develop what scientists call a ‘soliton wave’ – a self-reinforcing solitary wave that maintains its shape while it multiplies at a constant velocity. 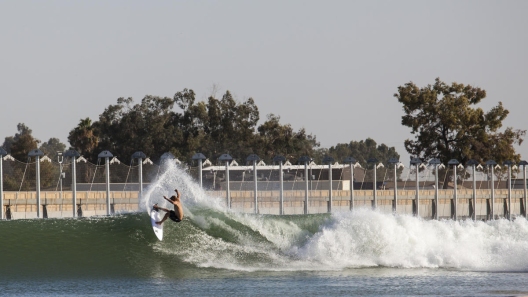 Using a system of hydrofoils that run the length of a 2,000 ft-long man-made lake to create swells, the Wave can generate waves over 6-feet high. 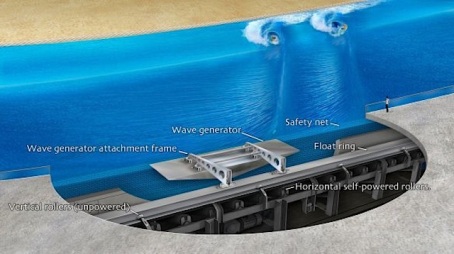 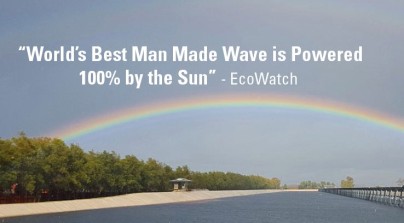 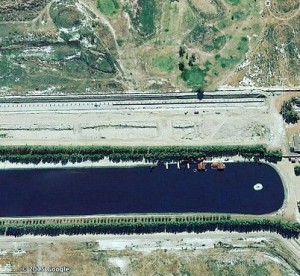 Slater was particularly stoked about being able to “alter all the aspects of it, the speed, the height, the shape” of the waves. And, with no shoreline break, the waves can go in two directions – back and forth in the pool – giving viewers more surfing action to see from different angles.

Surf artist Dave Reynolds (on right with artist Phil Roberts), who was there in September, told SurfWriter Girls Sunny Magdaug and Patti Kishel, “It was the most incredible and interesting surf contest I’ve ever been to. I’ve been intrigued by wave pools for the last 20 years. This wave was freaking amazing! Surfers were getting more tube time on one wave than I get in a year.”

Reynolds was excited by the different types and combinations of waves Slater’s wave pool could generate. “What I soon came to realize is every wave wasn’t the same. Different sections of the Wave were doing different things. Lots of open face sections and lots of barrel sections.” Reynolds, whose nickname is “Tuberider,” can’t wait to try the Wave for himself. “I need to get a 30 second tuberide before I die! I just love surfing and a good challenge. I have to do this!”

Reynolds and Roberts earned their Wave-side seats in return for creating the trophies that were given out. 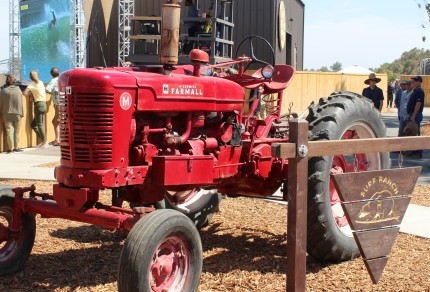 Soon the general public can see the Wave for itself when the World Surf League holds its Founders’ Cup of Surfing event at Slater’s Surf Ranch May 5-6. Teams of men’s and women’s World Surf Tour surfers from the USA, Brazil, Australia, Europe and the World will be on hand to compete… 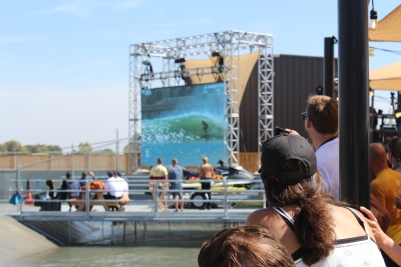 One thought on “Wave Quest!”